In the age of rapid technological advancements, Android is dominating the mobile market. Android is known to hold 80% of the mobile market shares. With such a huge demand for Android Applications, big tech companies like Amazon, Flipkart, Airtel, etc., are making huge investments in third-party android applications. Thus, it would be quite right to claim that the future for android development is bright in the future.

As per a recruitment survey, it is believed that the demand for skilled android developers still far exceeds the supply. Android Applications keep pushing the boundaries of engagement, education, business, and almost everything; thus, making it a correct choice for a professional career.

Why do Android Developers have a bright scope in the near future?

In conclusion, there are billions of android apps on the Google Play store, with the number increasing drastically. Billions of apps are being downloaded and used by customers every day. With so much growth and development, the demand is obviously on a high tide. Thus, it is clear that the field of android development is expected to boom shortly, and android developers would be the kings of the tech market.

So, where do you start?

Now that you have an understanding of the importance of the field, it is time to dive in. Coding Blocks helps you by offering the most finely curated Android App Development Course. The course boosts your journey right from scratch of UI to building a full-fledged Android app on your own.

Some of the major highlights of the course include:

So, what are you waiting for? Let’s dive right into the most amazing learning and growing experience of your professional career! Explore the course today! 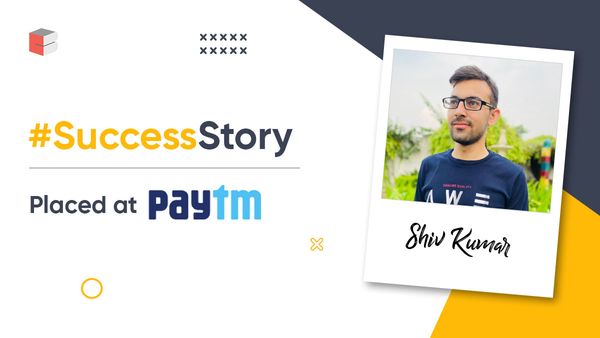 Paytm visited my campus (NIT HAMIRPUR) in Aug 2021 for the placement drive. The selection process consisted of one Coding Round, two Technical Interviews, and finally the HR Round. All