It is a Russian site, that provides high-quality contests with the highest frequency, sometimes up to twice a week. It features a blog system where you can ask questions and a practice problemset, which you can sort through with tags. It also has virtual contest support, and the ability to create groups to organize private contests.

It is a US-operated site, that hosts 1.5-hour SRM's (Single Round Matches). Topcoder also organizes the annual Topcoder Open tournament. It also hosts the TopCoder data science tutorials, a list of tutorials written by respected Topcoder members. One of the features that separate it from other sites is a separate challenge phase after contests.

HackerRank is a technology company currently based in the US, that focuses on competitive programming challenges. It hosts HourRanks, CodeSprints, 101 Hacks and Week Of Code contests on a monthly basis. It has learning tracks for various CS topics and programming languages.

It is an Indian site, that hosts 3 contests monthly, the Long Challenge (10-day challenge) and the shorter Cook-Off and Lunchtime Challenges. The Long Challenge is one of the best starting points for a beginner programmer, as it allows you to learn new concepts to solve problems competitively. It also organizes an annual flagship coding competition, the CodeChef SnackDown.

HackerEarth is also an Indian company focusing on competitive programming and hiring challenges. It conducts the monthly Circuits, which are 9 day long challenges, as well as shorter challenges (HourStorms). It also hosts competitions conducted by various colleges around India.

A problem archive organized by Coding Blocks, it hosts a large number of problems categorized by type. You can join contests with leaderboards, and race your way to the top. The practice section also contains innumerable problems categorized by type. You can also join its classroom or online courses, and get access to a community to help you when you get stuck with personalized support.

It is also a relatively new site that hosts regular 2-hour programming contests. It also supports virtual contest participation, and its interface involves features like a graph editor, geometry tool and a difference checker tool.

These are some online judges with large problem archives, that you can use to practice topics as you learn when you are not doing contests.

There are various tools you can use in programming contests, that can be helpful in shedding light on a problem, or even debugging a problem. It might even help you the next time you have a hardware/software issue on your PC during a contest.

In competitive programming, a common way to find a bug in an algorithm is to use stress testing, which involves generating a large set of random test cases and checking if a brute force algorithm and an efficient algorithm always agree with each other. Two tools that can be used for checking if two texts are exactly the same or not are - Diffchecker and CSAcademy Difftool.

OnlineGDB is an online compiler and debugger for various languages. It can be useful for debugging your code and unearthing hard-to-find errors.

CSAcadmey's Graph Editor and Geometry Widget are examples of tools that can help you solve problems that are hard to visualize properly.

VisuAlgo is a website perfect for people trying to get an intuitive feel for algorithms. It features animations for most common data structures and algorithms.

Algorithm Visualizer is another website to visualize algorithms, data strucutres and the operations we can do on those data structures.

Graduating after 4 long years of engineering gets all the hopes up high for students when it comes to placements. True, all the hard work put in for 4 years 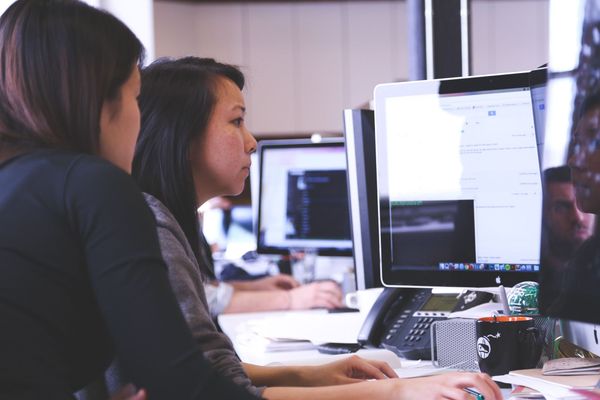 When we are participating in a programming contest, our aim is to be as quick and as efficient as possible. However, often the tools we use during contests are clunky,