Technology has sustained to be the fastest driver of hottest jobs in India. Data Science, being one of them, has become the soul of every organization dealing with a large chunk of data like finance, retail, and many more. More professionals are becoming interested to learn how to handle data.

Since data is the new oil, more and more firms are opening positions for Data Scientists like Flipkart, Amazon, Facebook, etc. It is becoming so much popular that it has been predicted that in the coming years, more than 3 million Data Scientists would be in demand.

What is Data Science?

An enormous amount of data is generated every day. This is due to the advent of technology such as the Internet of Things (IoT). The data is produced from sensors in electronic devices where the consumer data, their identity, and information from social media or other financial applications are available.

Data science is the amalgamation of different tools, algorithms, and structures that are employed to identify, optimize, and analyze the patterns in the data.

The phases of Data Science:

Preparation of data: To make the task comfortable and easy, the disorganized data is transformed into a simpler form. With the use of ETLT (extract, transform, load, and transform) activities, data is transferred into an analytical sandbox. To clean and transform the unstructured data, programming language like R is used to visualize data patterns.

· SAS: To fetch data from Hadoop and to create model flow diagrams

Building data models: Processes like classification, clustering, and association are used to create data sets for testing and training.

Performing data operations: After the data sets are generated, data scientists identify the latent patterns and trends from the data. Subsequently, the data model is revised and improved when the bugs and errors are removed, and the final reports and technical documentation is presented.

Communicating results: The results of data optimization are conveyed and communicated to the various investors, team members, customers, and senior decision-makers.

How is the data science market growing?

According to the research of 2018, it was estimated that the Indian data science market would grow to be worth 2.7 billion dollars in 2019. Although the sector surpassed the expectations to be worth more than 3 million dollars. The revenue is predicted to be doubled by 2025. Domestic and international companies cannot do without the booming technology of data science that includes intelligent automation, machine learning, IoT, and artificial intelligence. The present condition of data science is flourishing. As of March 2020, the analytics function in India earned combined revenues of $35.9 Billion, a 19.5% growth from last year.

The outsourcing firms or some MNCs like Wipro, Genpact, TCS, and Tech Mahindra form 35% of the market and drive the most revenue accounting for around 25 billion dollars. Consulting firms like Deloitte and McKinsey form around10% of this analytics market, and almost half of the revenue comes from the US. Banking, financial services, and insurance (BFSI) can be considered to generate the largest amount of revenue while looking at the data analytic industry, and it is followed by marketing and e-commerce.

After the USA, India has become the second-largest market for bringing in data science professionals with over 93,500 data science job vacancies at the end of August 2020. Despite the persistent pandemic and its consequences, the analytics function has proved to be the most desired profession with India contributing 9.8% of the world’s analytics occupations. The present demand is reigned by MNC and domestic IT & KPO industries like Accenture, Mphasis, Cognizant Technology Solutions, Capgemini, Infosys, Tech Mahindra, IBM India, Dell, HCL, and Collabera Technologies. Many of them are driving jobs to India and are planning to mass-recruit.

It was also stated that the average salary of data science professionals in India amounts to ₹ 6 lakh to ₹ 9 lakh per annum and people with experience earn packages ranging from ₹25 lakh to ₹ 50 lakh, which is decided based on the role.

Thus, the pace at which the companies are adopting data analytics into their decision-making process is creating a supply gap for skilled professionals. Therefore, it is time that you consider building a career in data science.

Data Science as a Career

· Basic of programming languages, such as R or Python

· Knowledge of MongoDB, Google Analytics, and MySQL DB along with ETL (Extract, Transform, and Load) operations

· Knowledge of big data frameworks, such as Hadoop and Spark

Here are the popular data science roles and their respective salaries per annum:

This can be recorded as the perfect and the most accurate time to learn the concepts of Data Science because of its demand surge and lucrative career possibilities. Starting with basics and probability and heading to linear algebra, along with learning programming languages like Python can improve your foundation. This is followed by data exploration, visualization, and analysis using the languages you have learned.

To set your career in the right direction, you can enroll in our exhaustive and holistic course Master Data Science with Python and start your journey to become a data enthusiast soon by learning Data Science. 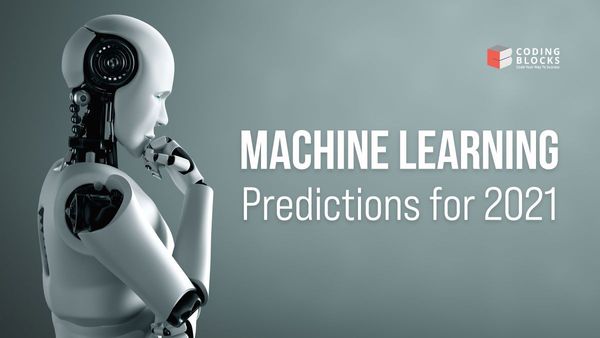 “The greatest benefit of machine learning may ultimately be not what the machines learn but what we learn by teaching them.” ― Pedro Domingos After being a hit game for the

In the 21st century, mobile applications have become quite a significant enabler of global engagement in various creative ways. The ever-increasing usage of mobile apps have changed our ways of